Welcome back to Inside His Head, where we take a peek inside the minds of men. These guys are married, but are anonymous so they can tell it like it is. Sometimes their answers are illuminating, sometimes annoying. Here’s the latest question:

Q: I’m remarried, but have to talk to my ex-husband on a regular basis because we have two kids together. My current husband seemed ok with me talking to my ex before we got married, but now it’s a constant source of conflict. I want to be with him, not my ex-husband, but he seems so jealous. Do you have any advice for how I can convince my husband that there’s no reason to be worried about the ex? We split up for a reason. Lots of reasons, but I have to be nice to him because it’s the right thing to do for our kids.

GRAY: A little jealousy can be a good thing, but it can also make people edgy. It’s easy to see how your current husband might feel insecure when your ex was married to you longer and has been a father to your kids longer too.

It’s actually pretty normal for your husband to feel jealous even if he was able to keep those feelings in check before you remarried. Letting him know you think being a little jealous is normal may actually help ease his feelings. 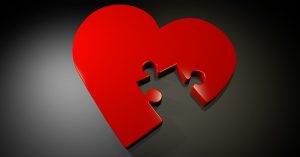 There are better ways of dealing with jealous emotions than others. Having a third parent in a relationship isn’t something we always have experience to deal with, so he may have lots of unresolved feelings that come out in the form of arguments. He may feel your kids have a better relationship with your ex than he ever could, for example. Your husband may feel like he’s the one who is temporary in the relationship.

It may help to let him know your children will always be put first and that your ex deserves time with them. Your ex isn’t something that’s going to suddenly disappear from either your or your children’s lives. This is an obligation you have to both your ex and your children and there’s no avoiding that subject.

Your husband may need greater assurances that you want to be with him and some reminders of why you feel your life is better all around for being with him. Over time he’ll likely come to accept the situation and deal with its complexities better. Remind him that neither of you have to be buddies with your ex, but it would be unfair to cheat your children from having time with their father.

But what if your husband has a lot of jealousy and not just a little? He may be unreasonable and abnormally obsessed about your ex or the relationship you and your ex once had. If he’s being confrontational about every phone call or visit or facebook interaction then you need to seek counseling or other professional ways of helping your husband come to terms with his feelings.

If professional help is out of reach then try to get to the root of the problems. He may argue that your ex having the kids for the holidays is unreasonable, but that may be a symptom of a deeper fear – like him feeling your kids will never accept him as “dad” if they’re spending Christmas with their biological father. It can take a while to figure out what the real issues are and they may be very uncomfortable for him to admit, but ignoring or avoiding them will never make them go away.

Have you two ever discussed the reasons that you split with your ex? Maybe if he sees that he doesn’t do those things it might allow him to see that you’re committed to him. Let him know that his jealousy does more to strain your marriage than anything you’re ex could ever do.

You’ve got to get to the root of his concern.

That’s going to take some honest communication from both of you. Don’t be defensive. Listen to his views without speaking. Then explain the situation from your viewpoint.  If he doesn’t relent I’d suggest counseling because this situation isn’t going to go away.

If the situation is as described, it really is his problem to deal with, not yours.

You owe it to yourself and your children to be civil to your ex-spouse. Your husband needs to grow up and realize you simply are going to have you ex in your life for the foreseeable future. It can be an amiable or painful experience and his behavior will determine how it all goes down.

Of course, you can’t really just tell him to man-up, even though that’s exactly what he needs to do, because that’s simply going to make him feel less secure. And that’s really what’s going on here. Jealousy in men is typically just insecurity and neediness that comes out as anger, bluster and often bravado.

Ask yourself if anything happened recently that would shake your husband’s confidence — maybe a job loss, or demotion or he’s put on some weight or he’s losing his hair? His reaction to your ex might simply be a manifestation of your hubby feeling he’s lost his edge.

This will be something that’s  hard to fix, as egos are tricky things.

If you point out to your husband he’s acting like a jerk,  he’ll likely get all defensive and it will just increase his feelings of insecurity. If you try to boost his confidence, unless you’re a great actress, he’ll likely see though that too and feel like you feel like he’s not as great as he used to be.

Your best bet is to not react when he acts jealous, that’s what your husband is looking for anyway, a reaction. If you must, I’d simply go with, “I”m not going to justify your (behavior, or smarmy comment) with a response.”

In the end, though, this is something he’s going to  have to come to terms with himself. Somewhere, somehow his confidence has taken a hit and while you can subtly remind him he’s still the best in your eyes, he needs to believe it before he can act like it. Once he feels he has his mojo back he’ll likely mellow out where your ex is concerned.

Got a question for our Inside His Head husbands? Email it to Gwen & Shannon at mamas{at}nwaMotherlode{dot}com and we’ll pass it along to the three dudes.