I was born in September, 1961. Because of that, something fascinating has begun to happen to me lately. I can now remember things that happened 50 years ago. Wow. 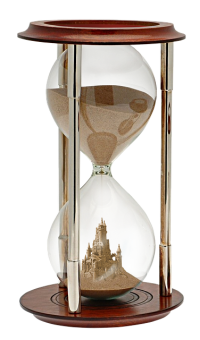 I really don’t feel like I’m that old. After all, they say we’re always the same age on in the inside. And, to be truthful, the things I remember from 50 years ago happened when I was in elementary school. But I still have a sense of perspective I didn’t have when I was younger. I’ve had enough time pass to be able to better understand some aspects of life, and that’s a wonderful thing.

Today I was sitting in my backyard, thinking about how richly God has blessed me in my life. Suddenly I realized how many prayers He has answered on my behalf over the past half century. I remembered times when God answered prayers for me after I had pleaded with Him for decades, and how impatient I had been as I waited for Him to act.

Why isn’t God answering me?

It’s human nature to sometimes wonder, “Why isn’t God answering me?” But I realize now that God really does have reasons for delaying His answers.

That’s why I wanted to write this to you today. Since it’s a website for parents, a lot of you are younger than me. (I’ve graduated to the amazing role of grandfather now!) So I just wanted to tell you to keep on praying to the Lord, because He is going to answer your prayers.

Then when you’re able to remember things that happened 50 years ago, it’ll be your turn to tell others what the Lord has done.