I don’t know about your house, but the standard for personal appearance has taken a sharp nosedive at the Rockwood house. All this time at home during the pandemic has made me question the necessity of several things that used to be an essential part of the day. Things like pants with buttons. Bras with underwires. Shoes with heels. Who needs them? All the rules are different now.

The makeup bag I used to reach for almost every day now only makes guest appearances once or twice a week. Good mascara doesn’t grow on trees so why waste it when the only people who see me are the ones I gave birth to or the man who’s legally required to love and cherish me until I croak?

Even on days when I’m running errands, I rarely bother with makeup because I figure that half my face is already covered. Why bother dressing up the other half when my mission is to get in and out of a store as quickly as possible?

And I’m not the only one who has adopted a more relaxed attitude about what we see in the mirror. When his college went to full online classes instead of studying on-campus, our oldest son decided to stop shaving. Instead of leaving the nest, he’s been growing one on his chin.

The beard project started as a shadow that slowly progressed into prickly patches that made him look like he might have a case of face mange. But he stubbornly kept at it, no matter how many jokes we aimed in his direction. 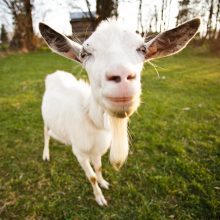 In the past month, those patches grew into what our son calls a glorious goatee. (For the record, his siblings and parents think it looks more like an unruly Brillo pad hanging off his bottom lip. We have advised him accordingly, but he remains unconvinced.)

But I can’t argue with his timing. If ever there was a time to experiment with facial hair or any other unconventional look, a pandemic is the time to try. We’re not going to dinner parties. And none of us can even remember the last time we had house guests. Even the fall family photo has been cancelled.

As for fashion, the pandemic clothing trends all start with the letter “S” – soft, stretchy, and sleep-friendly. I sorted dirty laundry last weekend and was surprised at how small the piles were, even in our household of five people. Then I realized it’s because our new school-from-home and work-from-home lifestyles mean that pajamas are often our round-the-clock outfits of choice. We can now efficiently go from work to bed and back to work without ever passing a clothes hamper. 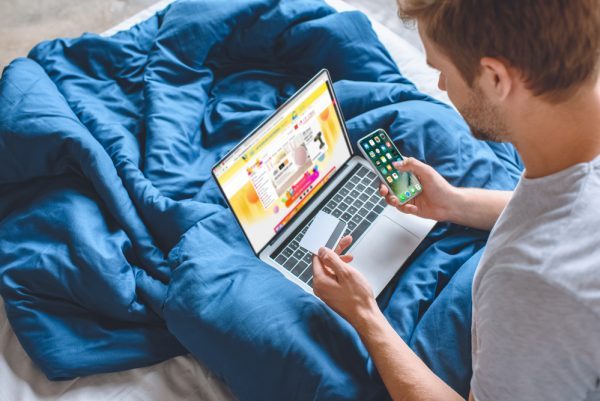 Of course, this relaxed attitude can occasionally go too far. We’ve adopted a new policy around here that goes like this: If you can’t quickly recall when your last shower was, it’s time to take a shower. No one wants to live with people who smell like they’re a few days past their expiration date.

Someday, months from now, perhaps things will change and we’ll once again be motivated to dress up in something other than cozy fleece or flannel. Pajama pants will give way to jeans and dress pants. And even my hairy firstborn said he will shave the bird nest off his chin in January when his college finally opens the freshmen dorm. That promise alone has got me rooting for the New Year.

But until then, we’ll be in full hunker-down hibernation mode with our ratty t-shirts, elastic waistbands and one not-so-glorious goatee. Pass the deodorant.