If you grew up in a small town like I did, you knew one thing for certain. If you wanted to do something stupid that would likely land you in trouble if you got caught, you’d better do it outside the city limits.

What a small town lacks in population, it makes up for in connective tissue – the way almost everyone knows someone who knows who you are and where you live. Do something dumb in a small town and there’s a good chance your mom or dad will hear about it before you can even concoct a cover-up story.

One time when I was 14, I was supposed to walk our dog to the veterinarian’s office to get her shots because my mom couldn’t leave work to do it. The vet’s office wasn’t far away but it took around 20 minutes to get there on foot. I walked her that first day but then the veterinarian said I’d need to bring her back once a week for several weeks because she’d tested positive for heartworms. It was July in southern Arkansas, which meant it was roughly 174 degrees with 200 percent humidity. 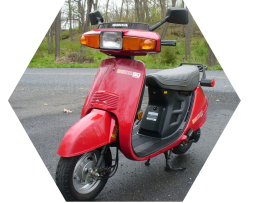 So, I came up with an easier, less sweaty way to take the dog to her appointments, although I didn’t tell my parents. I taught the dog to sit on my red moped between my feet while I cruised to the clinic. Eventually Mom found out because one of her friends spotted me driving down the road and noticed a dog’s ears flying in the breeze.

Fast forward more than three decades. Two of my three teenagers are driving. But we now live in a city where the population is six times the size of the place I grew up. I was worried about who would rat out my kids when they do something stupid.

Then one day Jack, our newest driver, went out to pick up a sub sandwich a few miles from home. My husband Tom was out on his daily exercise mission to walk 10,000 steps. He called me during his walk and halfway through the call, he said, “Uh oh. That guy is having a bad day.”

Tom: “Oh, I just saw a cop turn on his lights and pull someone over on the same street where you got pulled over twice.”

Me: “That was 13 years ago! And for the record, I didn’t get a ticket the second time. The cop let me go with a warning, probably because I was 9 months pregnant and he didn’t want my water to break.”

Tom: “You know what’s weird? The car that got pulled over… it looks just like Jack’s car. Is he home?” 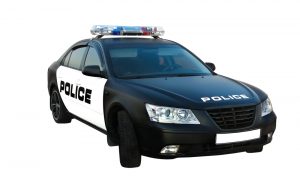 Me: “Maybe you should walk over to check.”

About 15 minutes later, Tom called back and the first thing I heard was laughter followed by this eye-witness account:

Sixteen-year-old Jack, who I’ve long said is one of the luckiest people I know, had just run out of luck. While getting pulled over for the first (and hopefully last) time, the officer asked him for his license and registration. He handed them over. Then, in a cruel twist of coincidence, his dad happened to walk right onto the scene of the crime, which meant Jack had to hand over his last scrap of dignity, too.

When the officer saw Tom approaching, he said, “Can I help you?” to which Tom said, “That’s my son you’ve got there. How fast was he going?”

Tom looked at Jack, sitting behind the wheel with a stricken, “Oh, crap” look on his face – a stomach-churning mix of fear and humiliation. Perhaps the officer had mercy on our kid because he’s a relatively new driver. Or maybe he just felt sorry for him because his dad was witness to his first moving violation. He told him to slow it down and let him go with a warning.

Tom walked over to the car and peered inside. “Don’t worry about it, Jack. Your mom once got stopped on this same road doing 55.”

By the time Jack got home, I was waiting for the door to open so I could offer wise words of maternal wisdom and compassion.

Me: “Hey, Speedy! Heard you got busted!”