Most people don’t like endings. They like beginnings because they’re exciting. Or they like the middle of a story, when the action is typically at its most intense. But endings are important, too. A good ending helps us appreciate the story that came before it.

The lack of an end point is one of the things I find unsettling about social media. Have you ever noticed how you can endlessly scroll Facebook or Instagram and never quite find a stopping point that indicates you’ve seen it all? There’s no end to the stories, the updates, or the photos. Perhaps some people find the unending stream of new content exciting, but I find it overwhelming, exhausting. I suppose my writer-brain needs all that information to culminate into one good ending.

Most of us don’t want to see a movie that drags on forever in the middle and never finds its way to a landing spot. We watch movies because we want to know how things turn out in the end.

So, when all the hoopla of the holidays is over and the year winds down, I find it strangely satisfying. Every year has its own story, and by December 31st, we know how that story ends.

For our family, this was the year both my boys grew taller than me and started shaving. This was the year my daughter began middle school and the first year a boy asked her to go to a school dance.

This was the year my dad had a stroke and had to learn how to talk again.

It was the year Tom turned half a century old. The year a swarm of bees moved into the wall of our garage and had to be evicted by a professional beekeeper. 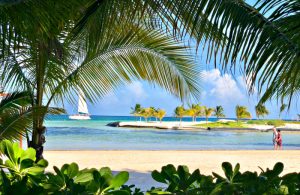 This year we clung precariously to our sanity as we lived through a major home renovation. This was the year our household of five turned into seven, when my parents moved into the addition we built over the summer.

This was the year I learned to knit, and Cooper the Corgi learned to catch a tennis ball in mid-jump (and then refuse to give it back). It was the year our daughter insisted that we add a second turtle to the tank to combat an imagined case of turtle depression that I’m not sure ever existed.

It was also the year I learned what homemade solution to use when trying to get the skunk smell off a Beagle who escaped the fence – again.

The year was incredibly full, and it certainly brought moments of drama as well as celebration. For some of you, maybe this was the year of the scary diagnosis. Or the year the baby was born. Or the year you started the new job. I hope this year’s ending wraps up a good story for you or, at the very least, leaves you with hope for brighter days ahead.

That’s another good thing about endings – how they often give way to new beginnings. December 31st fades into January 1st and a new story begins.

Thank you for going along for the ride as I told this year’s stories. Here’s hoping we all have great ones to tell in 2019.