Okay, I’m just going to say it. I wear a mask. My whole family does. I hope we can still be friends.

For some people, mask wearing has become a political thing. But for most of us, it’s just a safety thing. A kindness thing. A respect-for-others thing.

Regardless of how some might feel about the global pandemic, we can all agree that we want people to keep their respiratory droplets to themselves, right? I’ve never once left my house thinking, “I hope I’m able to suck in the random respiratory droplets of strangers! Woo-hoo!”

Mask-wearing is a beefed-up version of “cover your cough,” which mothers and grandmothers have been teaching for generations. A mask may be more of a nuisance than simply coughing into your elbow, but extreme circumstances call for extreme measures. And there’s no denying that the deaths of more than 100,000 Americans in less than three months is nothing if not extreme.

If you’ve watched the news or read anything on social media lately, you already know there are strong opinions being shared on this topic. I certainly respect everyone’s right to a different opinion, but I do have a few issues with some of the logic behind the excuses.

While watching the news the other day, I saw a reporter ask a woman why she wasn’t wearing a mask ,and she said “When it’s your time to go, it’s your time to go.” What bugged me about her answer is that we don’t apply that same logic to other types of deaths caused by someone else’s reckless behavior. If an innocent person were killed by a drunk driver, we wouldn’t say, “It must have been his time to go.”

Instead, we’d say the drunk driver caused a tragedy. We’d prosecute. We’d mourn over how preventable it was.

The “your time to go” line is a cliché and a way to pretend our actions don’t matter when, clearly, they do. 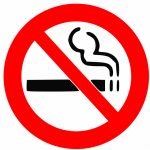 I’m not a lawyer, but I know our country is not as “free” as we might believe. People are free to smoke but not free to do it on planes and in other enclosed public places.

We’re not free to choose not to wear a seatbelt – even though wearing a seatbelt primarily protects the person wearing it and not other drivers. (Masks, on the other hand, do help protect people around us in addition to ourselves.)

We’re also not “free” to have as many drinks as we want and then drive ourselves home just because we believe it’s probably safe. People go to jail for that.

Our free country is full of people following laws and company policies every single day.

This one is tricky because it’s both true and not true at the same time. Statistically speaking, most people who get infected with Covid-19 will recover without too much trouble. But some won’t. Some will suffer intensely, and some will die. So many have already died.

When I hear people say the virus “isn’t really that bad,” what they mean is that it’s not personal. It hasn’t set off a bomb in their own lives. But when a bad outcome happens to you or someone you love, suddenly it really is that bad. Suddenly it matters because it’s personal.

So, there it is – my honest opinion, unmasked. It may trigger some nasty emails, but that’s okay. Some things are worth saying. 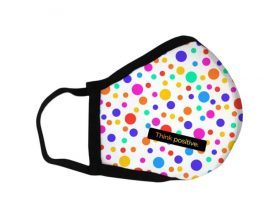 If you happen to see me out running errands to support the open economy we all need and want, you’ll also see my mask. It’s not a red Republican mask or a blue Democratic one. It’s white with cute polka dots.

It’s not about politics. It’s about compassion. Here’s hoping it goes viral.