That’s what the school cafeteria lunch menu listed for Wednesday’s meal, which meant I’d be packing three lunches for school the next day. Ham salad? Those two words shouldn’t even go together. Did Michelle Obama sign off on this menu? Doubtful, I pulled the lunch-making necessities out of the fridge and started smearing mustard on six slices of bread.

I pack lunches in the evening and stick them in the fridge overnight for one important reason: We’re not morning people. I’ve heard there are real live people who are razor sharp and even cheerful early in the morning. At any other time of day, I’d say I admire those people and wish I could be more like them. But at 6 a.m., I want to throw things at those people and go back to sleep.

Our family of night owls tends to zombie-walk through school mornings, relying heavily on routine and things laid out the night before. If I packed lunches in the morning, the kids would open up their lunchboxes to find an apple, a stray sock and a stapler inside.

As I assembled lunches for the zillionth time this school year, I wished my kids weren’t such picky eaters – although avoiding something called ham salad sounds less like picky eating and more like a survival strategy, if you ask me.

But the truth is they get their pickiness from me. When I was in second grade, there was a rule about trying one bite of everything on your lunch tray – a rule that was, no doubt, designed to coax picky eaters like me out of our chicken nugget rut. I was one of those quiet, law-abiding students terrified of breaking a rule so I went along with the cafeteria mandate right up until the day tuna fish sandwiches were on the tray.

I’ll try a bite of a lot of things – beets, turnips, breaded beef fingers – but I will not put tuna fish anywhere near my mouth. If possible, I’d rather the tuna fish be in a different zip code.

So I told my second grade teacher, Mrs. Wood, that I couldn’t try a bite of the tuna salad sandwich because I was allergic to it. The blatant dishonesty must have been written all over my terrified face because she said, “You’re allergic? Are you sure about that? If I call your mother and ask her, is she going to tell me that you’re allergic to tuna fish?”

I weighed my options – either put tuna fish in my mouth or deal with an angry mother and teacher – and I wholeheartedly embraced Door No. 2. I solemnly nodded that yes, my mother would confirm the tuna fish allergy. And as luck would have it, my teacher never called my mom, and I managed to slide past the “try one bite” rule that day.

Mrs. Wood, if you’re out there reading this, your suspicion was well-founded. I told a lie as bold as the fishy smell rolling off that cafeteria tray. It was wrong. I knew better. But, given the same set of circumstances, I’d do it again.

Picky eaters can be annoying, frustrating and even irrational sometimes, but we all listen to our gut instincts. For most people, that little voice is adventurous enough to give something called “ham salad” a whirl and see what happens. But for others, a certain smell, look or texture triggers an aversion strong enough to turn even a straight-laced second grader into a frightened fibber.

We’ll just pack our sack lunch and wait for the certainty of spaghetti and meat sauce and the comfort of a familiar chicken nugget. Bon appetite. 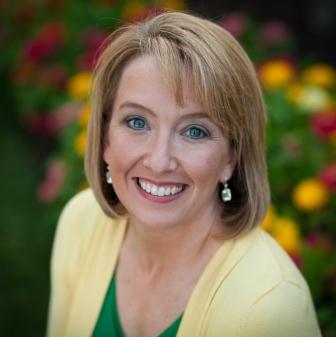