Flash Sale alert! FYI, School of Rock is having a HUGE flash sale on camps right now. Now through 5/19, all camps are 40% off! Click here to register.

The School of Rock Bentonville/Rogers

What will students learn at camp?

School of Rock’s performance-based camps incorporate songs, performing, musical games/activities,  and team building exercises as a way to teach music theory, and how to rock out as a real band. Students are grouped by age and skill set, then placed in a band of their own.

With the guidance of some cool instructors, students will become stage-ready and, on the last day of camp, do a performance for friends and family.

Week-long summer rock camps are built for kids of all playing levels. These camps include four days of building a band and a setlist, and a performance on the fifth day at noon.  9AM to 3PM – Make sure to bring your own instruments, snacks and lunch! 12PM on Friday – Final Performance!

→ School of Rock is having a special Flash Sale on camps through 5/19. After that date, you can save money by using our special code ML205DAY to save 20% off the 5-day camp price! Offer ends 7/2/17

The 2-week summer rock camps are built for kids of all playing levels. These 2-week camps include nine days of building a band and a setlist, writing an original song, recording and creating a music video for this song, and a performance on the final Friday at noon.  9AM to 3PM – Make sure to bring your own instruments, snacks and lunch!

→ School of Rock is having a special Flash Sale on camps now through 5/19. After that date, you can save money by using our special code ML202WEEK to save 20% off the two-week camp price! Offer ends 7/2/17

What is the School of Rock’s focus?

School of Rock Bentonville/Rogers has the best combination of instructors, instruments, and captivating programs to get your student strumming, drumming, playing, or singing their way to rockstar status. They believe in the power of the band as much as the thrill of a killer solo act.

“We bring our kids and the community of Bentonville/Rogers together to create excellent performers who learn from cool, real life experiences in the world of music. Our performance-based approach amps up our students for serious fun and serious success.”

A few words from local parents:

“School of Rock teaches your child about more than how to hit a drum or pluck a string. They teach them how to be leaders, not be shy, be confident and how to believe in yourself. My son has been attending for a year and what he has learned is immeasurable. The staff cares so much about these children and it shows. This is my sons “happy place”, his relaxation mode, his zen. Nobody picks on him, the older children treat him like a little brother and he can just be himself.”

“I can’t say enough good things! SOR has meant everything to us. It’s like a second family. My son spends a lot of time there and we appreciate the good influence of the instructors and the managers. It has increased his confidence tremendously, and they are always encouraging kids to try new things. This program helps prepare your children for adulthood – provides great structure and responsibility.”

“Absolutely love this place/program and all that they put into these kids! My son has grown so much musically and found some great friends and mentors along the way!!! School of Rock, you ROCK! ;)” 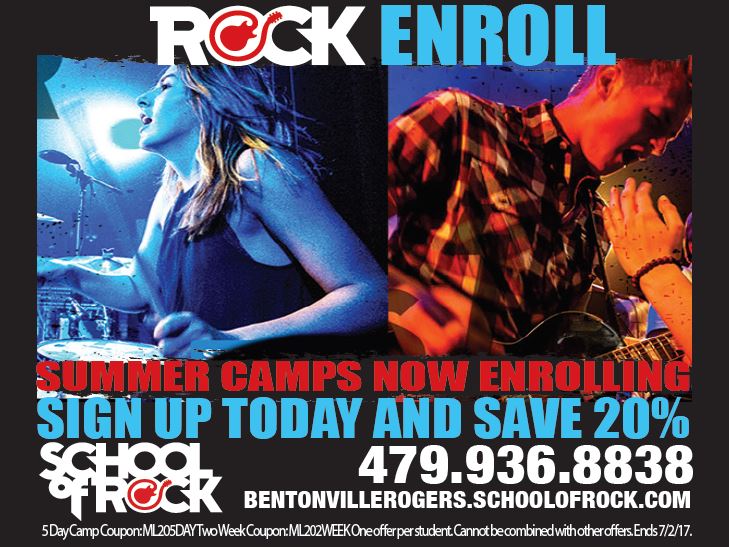