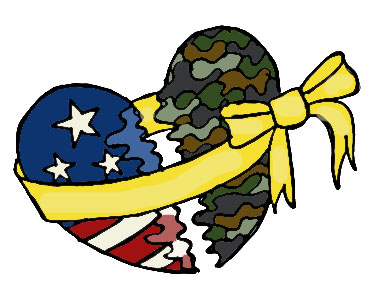 Is there ever a good time to break the news of deployment to friends and family?

This is the question we’ve been asking ourselves for the past couple of weeks now. On the one hand, a person may think 11 months is simply too far out to break this kind of news because things can change so rapidly. This was our initial thought as well. After all, what happens if something changes and he doesn’t actually end up having to leave??

Well, our experience tells us that the chance of that happening is pretty slim. However, the chance that he might have to leave sooner than initially thought seems far more likely. On the other hand, one might think that waiting till just a month or two out would be better, that way people don’t spend unnecessary time worrying about it and can move quickly into acceptance.  True, but it seems for some family members that might not have enough time to mentally prepare for the event, leaving them unable to adequately cope.

Certainly extended family and co-workers are not as huge a concern as the children and immediate family involved. With school age children, one must consider the timing of the information as it may have a negative effect on their grades. It seems telling them before school starts or maybe between semesters might give them time to adjust rather than to chance telling them mid semester when grades can so easily drop, assuming that sort of time frame is an option.

I wonder these things because as many of you already know, we recently found out that my husband will be deploying next June for about 12 months or so. We haven’t said much to anyone except our closest friends and family members because they are the ones who are most directly involved and will probably be a tremendous factor in helping out when he’s gone.

We of course haven’t told our little one who will be 5 in October or our nieces and nephews because we just want to pick the best time to tell them. Like I said, I suppose there really is no good time for news like this but I think we’ve decided that in light of our time frame, maybe keeping everyone in the loop of information might be better than blindsiding them with it a month out…it may not be the easiest thing but it will certainly give everyone time to adjust right along with us.

Jay and I have always believed that families should be honest with each other about everything, even the hard stuff. After all, the strongest families pray together, cry together, and laugh together. They hold each other’s hands through the toughest times and are there to celebrate the little victories along the highway of life. I wouldn’t have made it through the first deployment without their love, strength and support. While it may be difficult to see their sadness and dismay, somehow keeping this from them feels wrong in so many ways.

As for our little one, I think that will be the most difficult to explain. How do you explain an absence like this to a 5-year-old child whose sun rises and sets with his daddy? This will most certainly be more difficult for him than the last deployment since now he’s old enough to fully know, understand, and love having his daddy around as an integral part of his day.

I must say, though, I believe the deployment will be tough, it will no doubt be as difficult to endure as seeing the pain and sadness in my baby boy’s eyes every time he cries for the daddy who cannot kiss away the boo-boos, hold him in his arms, or kiss him goodnight. Somehow the lump in my throat tells me that no amount of “daddy loves you” will be enough to make that type of ache go away.

So, all I can do right now is make certain they spend plenty of time together, take lots of pictures, and then gently break the news a few weeks prior to Jay’s departure that “daddy has to go away for a while and work on helicopters but will be back soon”, and hope that the constant reassurance and visual imagery of their memories on film are enough to hold his heart together until Jay’s safe return. What else can anyone do?