We’ve hit a bit of a milestone—Elliott, my 2-year-old, and I. Six months into speech therapy and we just learned that he’s finally got all the sounds typical of his age as well as most of the language skills. (Cue the marching band, please!)

We made it through the uneasiness of determining whether he has a delay and ever since we’ve been knee-deep in language homework. Now it’s really paying off.

Elliott’s talking to us, really and truly talking.

He tells us what’s on his mind—what he wants to eat and to play with; where he wants to go; who made the big mess (curiously always bubba, never him); he recalls things about the previous day and he’s even got all those little inflections and natural pauses—the ums and ahhs—of typical speech. 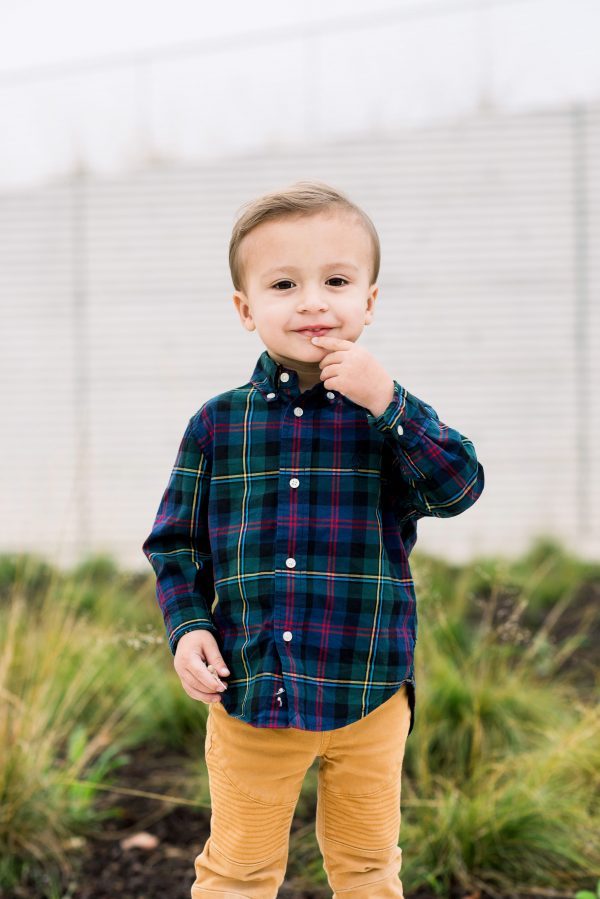 Elliott has shown enormous progress. For the few language skills that he’s missing, it’s clear that they are developing and it’s such a relief for us that they are underway. Now we’re moving on to work on the skills typical of 3-4 year olds—a revelation so big it made me tear up.

In the first couple of months, I was busy being grateful that Elliott was able to begin speech therapy with a reputable therapy service. It had taken a while to get situated, but my persistence secured him professional help several months before many would have gotten around to him. I also convinced our new therapist to begin seeing him 6 weeks earlier than her office planned by taking whatever she had available whenever it was open before we settled into a new routine.

During those early weeks of therapy, I was still deep in my feelings of self-consciousness about the whole matter.

My husband and a few trusted friends assured me that Elliott’s delay was not a reflection of my parenting, but as irrational as mom-guilt often is, I still felt deep down that it was somehow my fault.

Oddly enough it was the poor behavior of a friend that helped me push through that feeling, in a roundabout way. I told her that I was struggling with feelings of insecurity and desperate to help my child in any way that I could, but it was really hard to work out what that meant early on. There’s an abundance of parent instruction out there and it can be hard to sort out what’s actually useful.

In our interactions, she would be supportive of me when talking directly about it, but gradually she kept mentioning her own 2-year-old’s far superior speaking skills with increased frequency. Sometimes it would be buried, like ‘How cute was it that he could say Elliott when he knew he was about to meet him for a playdate?’ rather than thinking about how that would put a lump in my throat because Elliott couldn’t say his own name yet, let alone someone else’s.

But the more that it happened, the more I realized that she was enjoying lording this over me—he said pterodactyl while watching a dinosaur cartoon and you didn’t even mean to teach him that word?—and that most certainly did not fall under the category of moral support.

So the first change I made in the effort to help my son improve was to cut out anyone who wasn’t supportive of us being in speech therapy. I had been private about our search for a therapist, but once I saw this ridiculous show of superiority, I didn’t feel the need to be secretive about it. I wanted everyone to know, and if they had a problem with it, well, I’d show them the door. Because not only did I need support, my son needed support from me and I needed to feel halfway decent to do that.

Early on, our speech therapist gave us little assignments. Our first was a short list of words and sign language that would help us functionally throughout the day, like up and down, more, etc. I put the list on our fridge so my husband and I could take turns reminding Elliott to attempt them.

As a family we began to change our routines to give him more individual attention to carve out time for better listening and giving Elliott easier chances to speak.

At first, we created a 15-minute window in the evening to trade off the boys. If I was working with Elliott on speech homework, Henry would be with Dada. It turned into a 30-minute swap because after 15 minutes with one parent, they each wanted individual time with the other parent, too.

For me, this meant a bit of a sacrifice. Being a stay-at-home-mom for now, a little window in the evening between dinner and their bedtime is the only time I can usually spend without my boys. But I recognized that Elliott’s rate of success could very well be linked to the amount of time he had away from Henry, since his big brother talks non-stop and doesn’t give up the stage easily.

By August we’d made the difficult decision to send Henry to preschool despite him being under the age for which COVID vaccines are available so we could carve out more of that precious, helpful one-on-one talking time for Elliott. 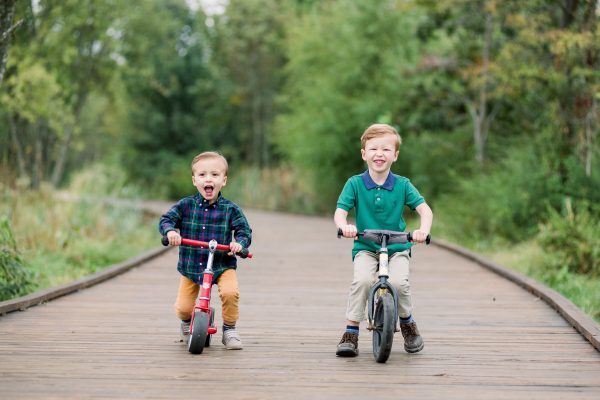 We also made a point to get the extended family on board. We told the family members who see him regularly to adjust their expectations for what he might say and put a flat-out ban on demanding what I’ve come to think of as ‘performances,’ those times that kids are told to say something that didn’t come to them naturally.

I’ve given everyone grace as we’ve all adjusted. The very first thing my dad said when seeing Elliott around that time was to ask him if he was talking more yet. And I understand that everybody wants to hear my child learn their name and hear him tell them that he loves them. But in the past six months I’ve had to look out for Elliott’s interests because his needs are different from our other kids’ needs.

There’s no reason for me to beat around the bush, so for any loved one who crosses our gently laid out lines (after we’ve so carefully clued everyone in on what’s happening), at first I simply warn them that “That’s not helpful.” If they grow more insistent or even pushy, I don’t feel bad about telling them A) that we don’t do that and B) we need them to cut it out.

Demanding that a child say something isn’t actually an inspiring way to get them to talk, and it also can make the parent feel bad in the process. If it were as simple as asking your kid to say something and him repeating it back, would there be any need for intervention?

It all has taken a huge amount of practice, all around, not just for them but for me too as I still have to remind Henry half a dozen times a day that his brother can speak for himself, thank you very much.

In all these months, there have been plenty of times when I was discouraged. Whether it was from staying on the same list of words or short phrases for a while without feeling like we were getting very far or the opposite—it seemed like we were making headway but our speech therapist wasn’t moving him on to the next thing. And there were times when the homework didn’t always make sense to me, but we did it anyway.

These days it seems like we get progressively more and more positive feedback for Elliott’s growing capabilities, and after all this time, let me tell you, I appreciate every single bit. It comes back tenfold for me, as continued energy for working with him. A little encouragement in this vein can go a long, long way.

That’s why when I see Elliott talking to other kids at the park or notice him talking to an adult in passing, I don’t dare take it for granted. Not a single bit of it. I might still have a lump in my throat but at least this time it’s from a great big proud feeling.

My little guy is finding his voice. 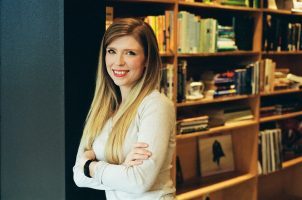