Hard Travelin’ with Woody: See the show May 5th at the Faulkner Performing Arts Center in Fayetteville

If you’re tired of cartoon entertainment and would like your family to see a fun show that has real staying power, check out the live performance coming up on May 5, 2018 at the Faulkner Performing Arts Center on the University of Arkansas campus. It’s called Hard Travelin’ with Woody. 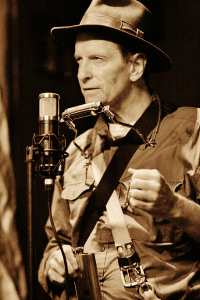 Woody, who died in 1967 at the age of 55, was an iconic folksinger and was often called the “poet of the people.” Many of his songs (including the famous “This Land is Your Land“) have their roots in social justice issues that our country still grapples with today.

This show is GREAT for grandparents, too, and it would be a fun multi-generational family outing. Hard Travelin’ with Woody has earned rave reviews from several publications, including NYCtheatre.com which called it “a constant delight. This is a great show for Guthrie fans and for those hearing these songs and stories for the first time.”

A critic from The Huffington Post said that the show was able to get “even an uptight New York crowd singing along.” 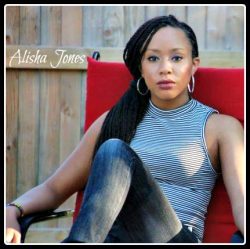 The show begins at 7:30 p.m. on Saturday, May 5, 2018 with an opening performance from Alisha Jones — a singer-songwriter and recent graduate of the University of Arkansas. Taking inspiration from Whitney Houston and Michael Jackson, Alisha has been singing professionally for 15 years, having performed with the Inspire Soul Jazz Band, U of A Schola Cantorum, and the Inspirational Gospel Choir.

The Hard Travelin’ with Woody performance will immediately follow at 8:15 p.m.

For more info on this show, click HERE to visit the website for the Faulkner Performing Arts Center.

To purchase tickets for the Hard Travelin’ with Woody, click HERE to visit the ticket ordering form.

Click here for directions to Faulkner Performing Arts Center and information on where to park.