2 The LORD was with Joseph, and he was a successful man; and he was in the house of his master the Egyptian.  Genesis 39.2  (NKJV)

The Bible doesn’t sugarcoat the stories of the Old Testament saints; it presents their lives “warts and all.” And to be truthful, the heroes of the faith had some very grievous sins. Abraham was a liar. Moses was a murderer. King David was adulterer. Their iniquities—and the sins of many others–are recorded for everyone to see for all history.

But there is one Old Testament character that is never recorded as “messing up.” That exemplary young man was Joseph—the one who received the “coat of many colors.” Now, clearly, he wasn’t “perfect”, because the Bible teaches us that “all have sinned and fall short of the glory of God.” And, of course, we know that Jesus was the only sinless person who ever lived.

But while the other Old Testament characters royally dropped the ball at least once in their lives, we don’t read that about Joseph. His life is an example and pattern of consistent obedience to the Lord.

Joseph was betrayed by his brothers, thrown into a pit, and sold into slavery, but he never hated his siblings. He was propositioned by the beautiful wife of Potiphar but told her he could not sin against his God, against his employer, against her, and against himself in this way by committing adultery. He was falsely imprisoned, but never lost faith in his Saviour.  And even when his cellmate forgot to deliver a message that would have meant his freedom, Joseph never became bitter—even though the error resulted in his being imprisoned for an extra two years! Truly Joseph was a hero of the faith.

Now, here is the most amazing thing of all: Joseph remained a faithful follower of the Lord even though he was the only believer in all of Egypt. Think about it, he was never able “to go to church” for over a dozen years, and for decades had no Scriptures to read. Yet, in his heart and in his behavior, he was steadfastly righteous. He remained faithful, even though he had no fellowship, no instruction, and no encouragement.

This week, let’s strive to be as faithful as Joseph. But don’t live your life in solitary confinement as he was forced to do. Use every spiritual resource within your reach to encourage yourself (and others) as you live your life for Jesus. 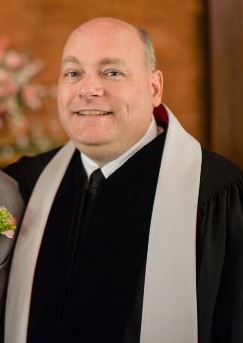 Dr. John L. Cash is the “Country Preacher Dad.” He was raised in Stuttgart, Arkansas, and has spent the last 28 years being a country preacher in the piney woods five miles south of the little town of Hickory, Mississippi. (On week days has a desk-job at a public school, and until recently taught Latin on closed-circuit-television.) He and his lovely wife, Susan, live in the parsonage next door to the Antioch Christian Church (where the Preacher is the chairman of the Mississippi Christian Service Camp (www.ilovechurchcamp.com),  a wonderful Bible Camp for young people.) Their kids include Spencer (age 23), his wife Madeline (age 22), and Seth (age 19).