Mamas, we love a story with a surprise twist — especially when it leads to something beautiful. So that’s why we’re doing a follow-up post about a story we first brought to you last year in September 2019. Our friend Lisa Mac, of Lisa Mac Photography, did a photo report about the birth of Henry O’Keefe. Even though she has photographed several births during her career, this one was unlike all the rest. Here’s a link to that original story.

Baby Henry’s parents, Gail and Alex, were told that he would not live long after his birth because of a kidney and lung problem. The family prepared for that devastating outcome. But then… something happened that can only be described as a miracle. Henry LIVED. (In fact, this summer he celebrated his first birthday, and this photo of him eating cake in the backyard recently won our Summer Snapshot Contest.) 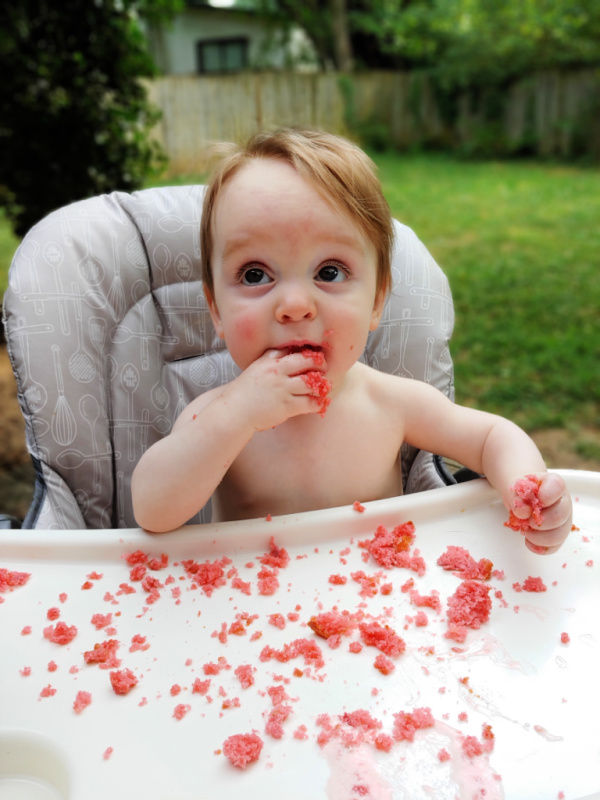 Here’s our interview with Gail, Henry’s mom, who tells us what life has been like since the miraculous day that Henry came into the world.

We were all amazed by Lisa’s photo report of your son Henry’s birth. Can you tell us what that day was like for you? At what point did you realize that the day was not going to go the way you had prepared yourself for?

The day Henry was born still seems like a dream. We arrived at the hospital that morning and were taken to a small room. It was just my husband, daughter, and myself for a few hours. I had told my family they didn’t need to come before the c-section. They all of course showed up to give me lots of hugs and love. You could see that they had all been crying already.

My husband and I were trying to stay strong for my daughter, so we were not letting ourselves cry yet. When we were in surgery, it was eerily silent. I finally hear Dr. Seale welcoming Henry into the world. I could hear small sounds coming from him, but it sounded off. When they placed Henry on my chest, that is when all of my emotions hit hard. All of the pain that I had been suppressing came flooding out of me. He was the most beautiful little boy I had ever seen. 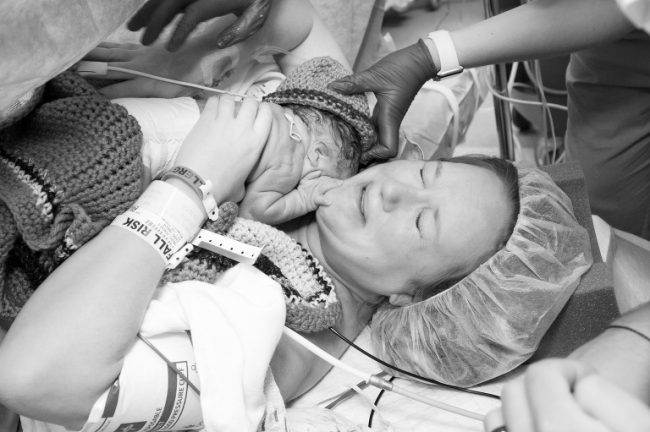 I just kept telling him how much I loved him and that it was ok for him to go. I didn’t want him to suffer, and that was something that we had talked about before the surgery. He was making little raspy cries and breaths. The nurse came over to see if I wanted them to weigh him (they had noticed his color was a lot better than expected since we were told his lungs wouldn’t develop).

That’s when everything changed. The nurse took Henry over to have him weighed and he peed twice! I couldn’t see or hear what was happening, but Dr. Seale was shaking my leg (remember I had a c-section and was numb all the way down). Finally, I was told they wanted to take Henry to the NICU and run some tests. I didn’t know what to expect next.

I was wheeled into recovery where our families were waiting with smiles on their faces and tears running down their eyes. I was still in complete shock and not wanting to get too excited. The rest of the day was very rushed. We had Henry baptized while he was still in the hospital and then he and his father were taken away to Arkansas Children’s Hospital in Little Rock via helicopter.

Were the doctors able to explain what happened (medically) that made Henry’s healthy birth possible, even though they initially didn’t think it would be?

There is no explanation for Henry being as healthy as he is. He is a miracle is all they can say. Lots of prayer warriors are who I thank for his arrival.

Tell us about the day you got to bring Henry home.

We got to bring Henry home the day before my birthday, after he spent 22 days in the NICU. We left the hospital and immediately went to Target so I could buy all the things that I had wanted to get for so long. I was so proud and wanted to show our little miracle off everywhere! It was the best birthday present ever!!

What was it like to experience such extreme changes in a relatively short period of time – to preparing for the worst outcome to celebrating the best possible news. Did you find yourself “waiting for the other shoe to drop” even after things settled down?

My emotions were pretty crazy for a long time. I had a real hard time sleeping because I was terrified that he would stop breathing at any moment. I was lucky to have a great therapist, Katie Freeman, to help me work through these feelings. Of course, when Covid hit I became extremely worried about Henry’s health. I think that I will always have the feeling of waiting for the other shoe to drop since Henry does only have 1 functioning kidney.

Henry’s first few months consisted of me staring at him constantly. I didn’t want him out of my sight. We had some close friends come and love on him. But it was mostly just our family beaming with joy every time we looked at him. 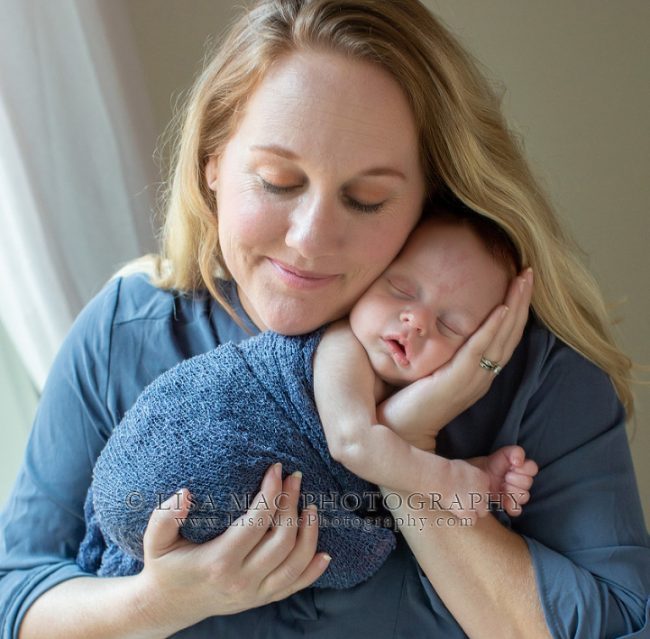 What are some of your favorite moments/memories from Henry’s first year?

Going into the NICU and seeing all his tubes gone was amazing. I knew that meant he would be coming home soon. Hearing his adorable hiccups was great because he always got the hiccups when I was pregnant. Watching Alex and Mackenzie hold him for the 1st time will always be special. Henry’s first giggles and belly laughs can make me smile no matter what else is going on in life.

Here’s a photo collage of snapshots from Henry’s first year. 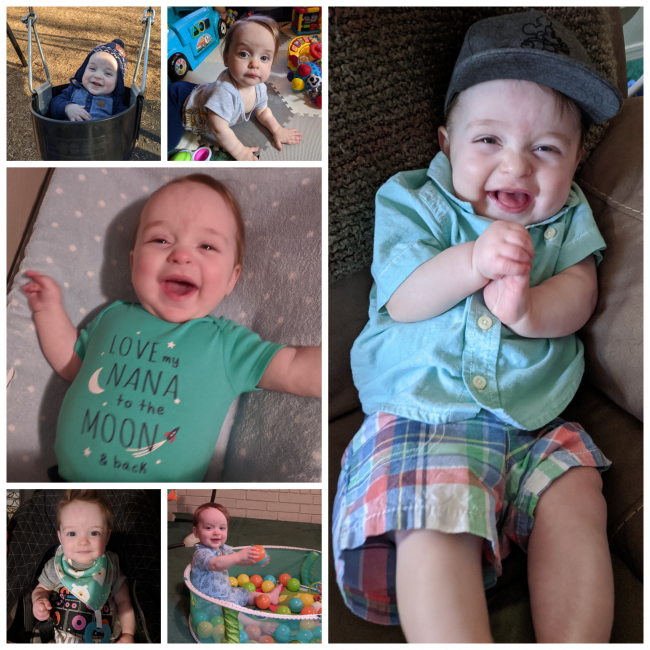 Is Henry crawling, cruising or walking yet?

Henry crawls and cruises all over the place. He won’t walk on his own, I think he likes to be carried too much.

What are some of Henry’s favorite things to do, eat, etc.?

Henry’s favorite things to do are play peek-a-boo and read books. He will go and sit outside his sister’s room and yell her name until someone opens the door for him. I think he likes her more than he likes me. His favorite foods are blueberries, strawberries, and bananas.

How did you celebrate Henry’s first birthday?

We didn’t have a big party due to Covid. It was just Alex, Mackenzie, Henry, and me. We went with a Harry Potter theme since we joked around about Henry being the boy who lived. Luckily, we live in a digital age so all the grandparents could video call to see him. My parents came up the weekend after his birthday and we had a little celebration with them.

You have been through such a unique experience. What words of advice would you offer a fellow mom who has received a frightening diagnosis about her pregnancy?

I would say to just take everything one day at a time. Believe in yourself and what your body is telling you. Cherish every moment like it could be the last.

Editor’s note: As a fitting bookend to this story, Lisa Mac — who shared the beginning of this story with us through Henry’s birth photos — recently met up with Gail and Henry again for a few follow-up photos of Henry now that he’s a year old. Prepare to SWOON, mamas. This little boy has a face and a smile that will win your heart and make you believe in miracles. Our thanks to Gail for this wonderful update and to Lisa for her always-beautiful photos. 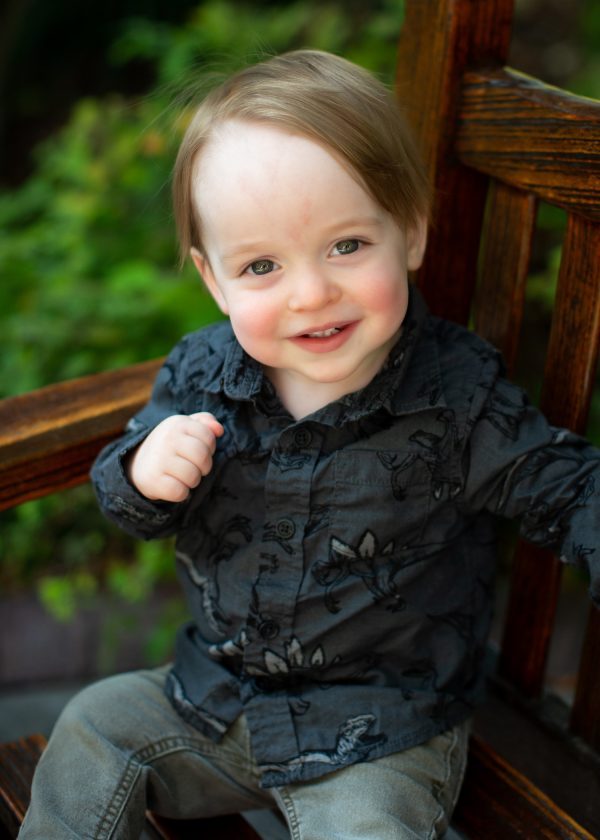 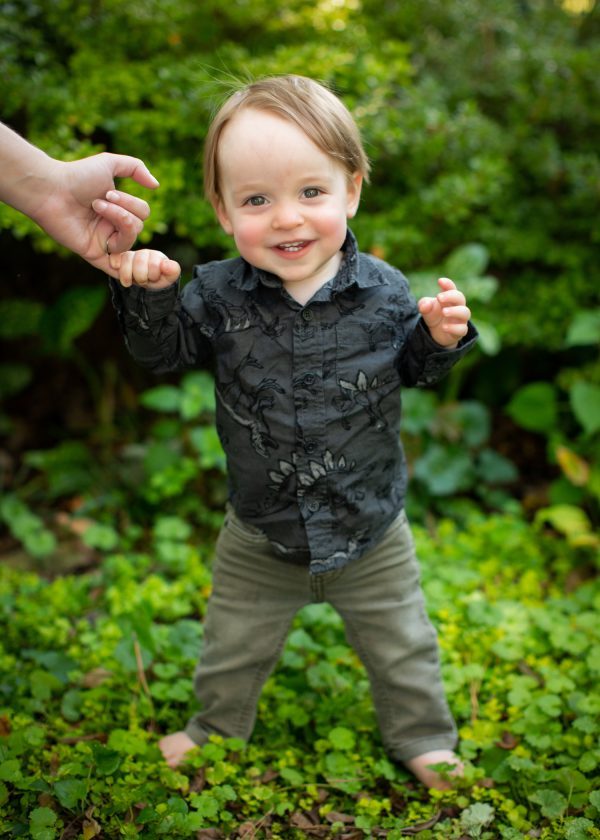 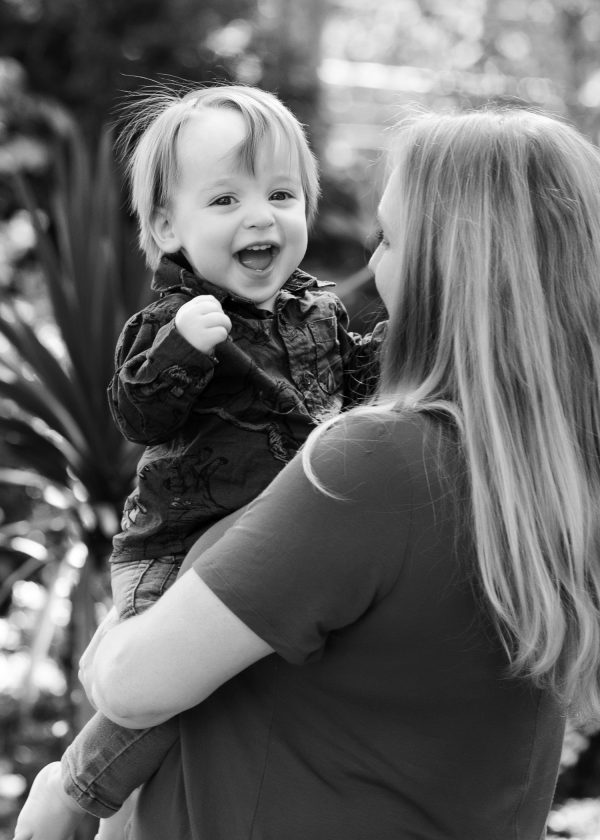